The History of Cricket in Southwater 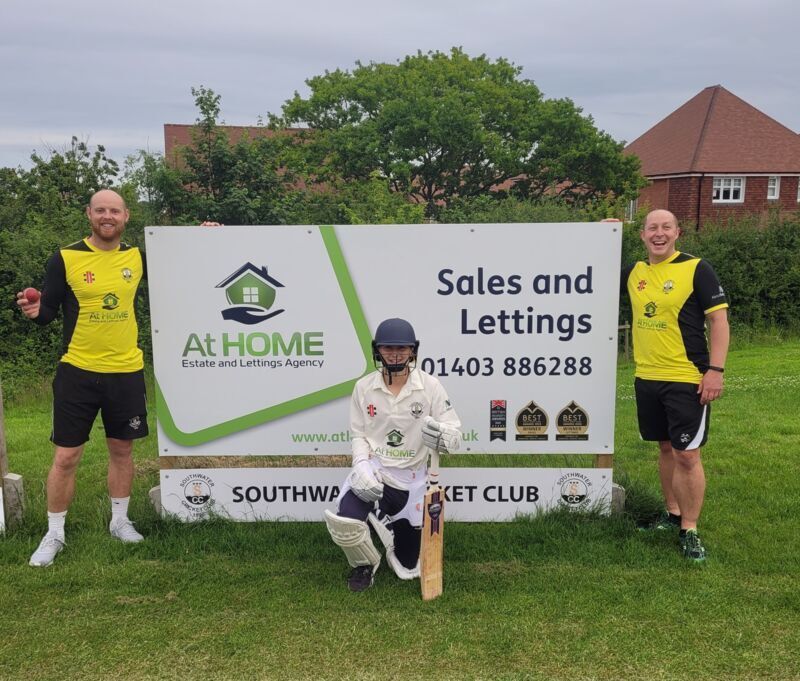 Southwater CC is a club with a bright future, one we are incredibly proud to be supporting through our community chest sponsorship. With a bustling colts section, ambitious senior teams and fantastic facilities, the village club is going places.

As part of our sponsorship of the club, we decided to delve into the local archives to find out a bit more about the history of the club and of cricket in the area as a whole.

Sussex itself is commonly believed to have been the birthplace of the sport. The first recorded reference to cricket being played anywhere in the world involved two Sidlesham men in 1611 who were prosecuted for playing cricket on a Sunday, instead of going to church. Similar happened to several villagers in Boxgrove in 1622, who themselves were also prosecuted for playing cricket in the churchyard on a Sunday, which contravened the local bye-laws of the time.

Village cricket took off in Sussex in the early 18th century, with the county home to some of the oldest cricket clubs in the world. Arundel Cricket Club, founded in 1804, was the earliest club in Sussex, closely followed by Steyning in 1721, Slindon in 1740, Henfield in 1771 and Petworth in 1784 amongst others.

A quick glance at the current Southwater CC logo will show a date of 1890, representing the official formation of Southwater Cricket Club, however the village’s participation in the sport can be traced back to 1858. A diary entry from Henry J. Smith, who later wrote the ‘History of Southwater 1837 - 1907’, refers to a July 13th game between a Southwater XI and Shipley XI, with Southwater emerging victorious in this first recorded mention of cricket in the village. For context, other popular pastimes at the time for the Victorian villagers included cock fighting and hare coursing, which luckily haven’t stood the test of time…

The 26th May 1890 is noted as the official formation of Southwater Cricket Club, with the first game played at the ground located next to the Village Hall that had been enclosed for them by Sir Henry Fletcher. In the early days, it was noted that the grass was so long that being bowled or given out LBW was a rarity, something that would be very popular amongst many contemporary players!

The first pavilion was built in 1902, starting life as a tin shed for the cricketers to get changed in before being updated and replaced a number of times before 1984 when the cricket club joined forces with the football club to form Southwater Sports Club, with the new purpose built building opening in 1985, with further extensions being added in the 1980s and 1990s.

The cricket ground had a few well known characteristics, with many a cricketer holding either fond or painful memories of the steepness of the wicket’s slope. The short boundary on the eastern side of the ground meant stray cricket balls were often being retrieved from the nearby allotment, road or hedges. Due to the prevalence of big hitting batters, protective grilles were a regular feature over the local Village Hall and Clubhouse windows, although the roof tiles weren’t afforded the same protection…

Southwater Cricket Club first introduced a colts section in 1987, a youth section that continues to grow from strength to strength. Close links with the local schools have over the years introduced many boys and girls to the delights of cricket. The club attained the ECB Clubmark accreditation in 2009, and in 2019 won the Sussex Coaching Club of the Year award. This prestigious accolade was awarded in recognition of the quality of the coaching, the breadth of opportunities provided and the success on the pitch. April 2019 also saw the opening of the fantastic new clubhouse and pitches, replacing the old clubhouse and pitch that made way for new Broadacres development.

The club runs many successful teams for all ages for those who wish to play competitively, whilst the tradition of the Sunday friendly continues for those who prefer a more gentle experience. It is noted with relief that the contemporary Sunday cricket side do not face the same punishment faced by the first players back in the early 17th century!

The 1st XI competes in Division 5 Central of the Sussex Cricket League, 2nd XI in Division 10 West and 3rd XI in Division 12 West (North). Junior cricket is offered for boys and girls from the age of 6, with many colts going on to make the transition into the senior teams.

Records of games can be viewed online back to the 1990 season. At time of writing, Johann Brouwer holds the club record with both the bat and ball, chalking up 12,341 runs and 385 wickets respectively. The greatest fielder in recorded club history, with 180 wickets, is current second team captain Greg Young, an accolade that will take some beating.

The new ground may be flatter, and the allotments harder to reach for most batsmen, but the spirit of Southwater Cricket Club continues to thrive in the new location further along Church Lane. As a Southwater Estate Agent, it fills us with great pride to support such a flourishing and inclusive club.